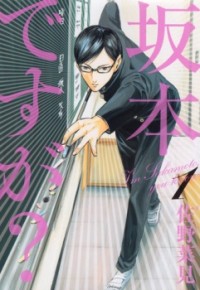 One of the greatest things about this manga is Sakamoto himself. Similar to Assassination Classroom’s Koro-sensei, his invulnerability and all-around amazingness is what makes him so awesome. One of the biggest differences between Koro-Sensei and Sakamoto is that Sakamoto is constantly deadpan. Suspend himself in air? Deadpan. Declare that he must be the best gopher for an upperclassman. Deadpan. HAVE A BATTLE WITH A GIANT KILLER HORNET THREATENING THE CLASS? Deadpan. His actions and his reactions add some great flavor to the story. 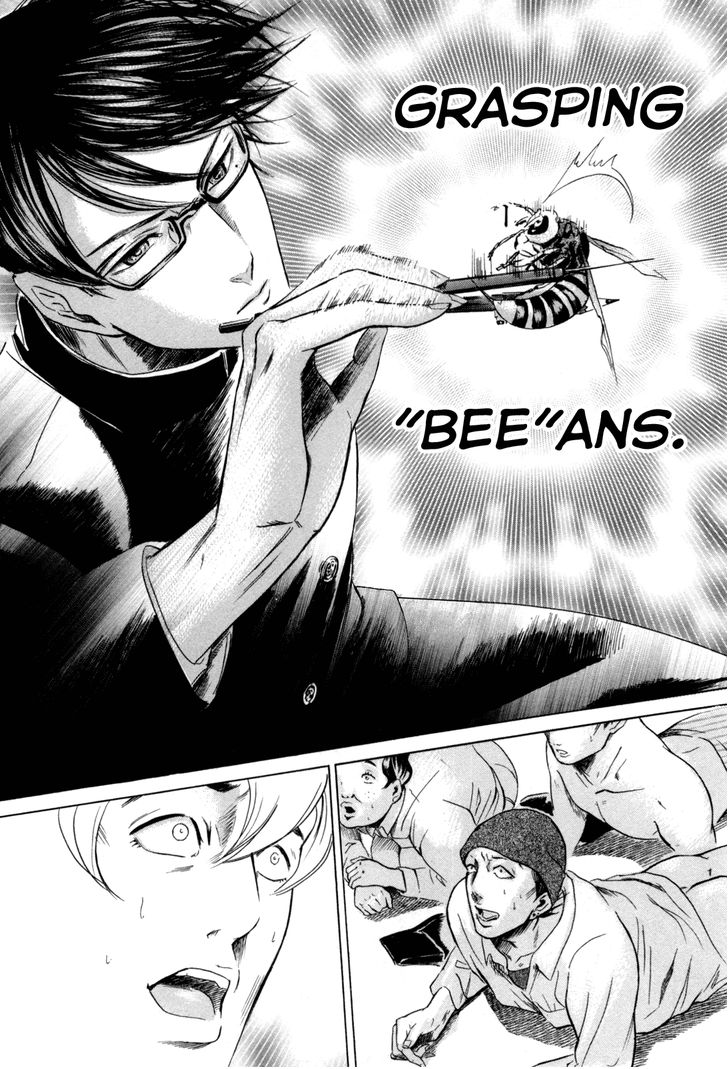 No matter what, Sakamoto will BEE epic

The rest of the world’s interactions with Sakamoto are another great part of this series; you see, this series is, like Assassination Classroom, very similar to Great Teacher Onizuka. Every chapter another student has an issue and every chapter Sakamoto solves it. The reason Sakamoto Desu Ga? is so much fun is because, while the situations might be typical, the methods of solving them aren’t. A great example of this can be found in chapter 3. In this chapter, Sakamoto sees the plight of a young man who is being bullied mercilessly. Sakamoto, however, refuses to help directly at first. Instead, he gets the both of them a job at WcDonalds, and leaves the young man to work hard. After his first payday, the young man is once again shaken down for money, but this time, Sakamoto rides up and uses fast food implements and named techniques to harm the bullies, but doesn’t finish them off; instead the young man uses his own techniques that he learned from his job to finish them off, showing that he has learned that he can confront his problems and must protect his pride. Its a normal problem with an abnormal, yet happy, solution.

3 thoughts on “Manga Olympics for Bloggers (Shonen/Seinen Round 1b): Shonen Manga Up and Comers – Part 2 (Sakamoto Desu Ga?)”