Hanada Shonen-shi is an oft-overlooked series that holds a few unique fun-trivia attributes; it was one of the earlier shows in the awesome NTV 24:50 Tuesday slot and put up 3%+ ratings long before doing so was cool, and it’s got the only opener done by the Backstreet Boys. This brief spread talks about how the manga creator, Makoto Isshiki, was the one who pushed for that opener. There’s also an interesting comment on the voice actors practicing for a body-swap sequence. Not much text, but it’s neat. 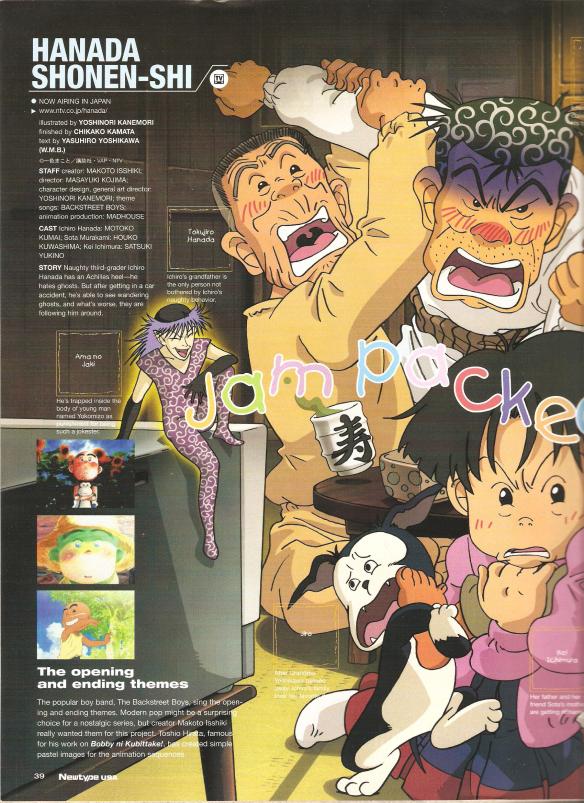 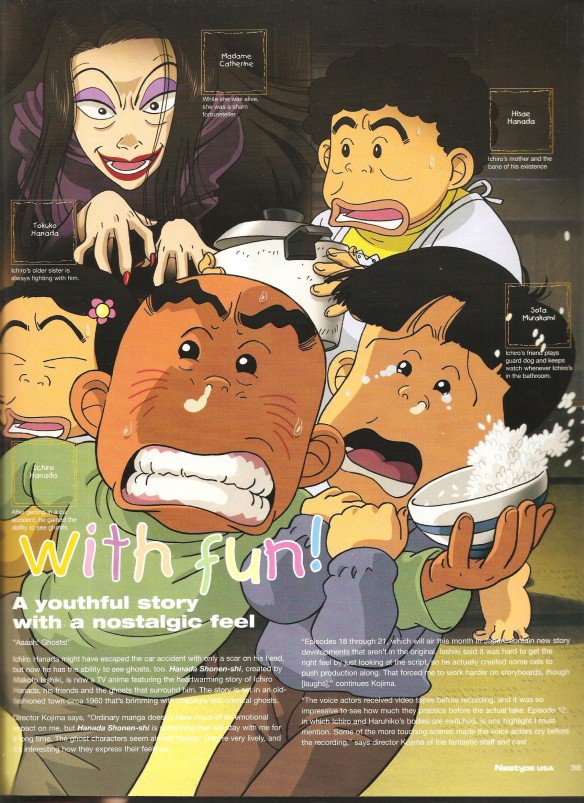