I typically haven’t been interested in the battles this show has had. And this episode wasn’t really an exception. Still, it was more enjoyable than previous ones because it toyed with my expectations a bit more.

From the little gag early on in the episode where the characters introduced themselves (and then laughed at how cheesy it was) to the scene a moment later where their exchaning numbers led to a bunch of dead face clips to the scene where Kanno faced down death with boredom, this installment of Devil Surivior 2 was packed with something most previous episodes have lacked – self-awareness. It lost some of that by setting up a final battle that Hibiki was obviously going to show up at the very last minute for. But he did only show up after a few characters had died, so it wasn’t a 100% predictable scenario. 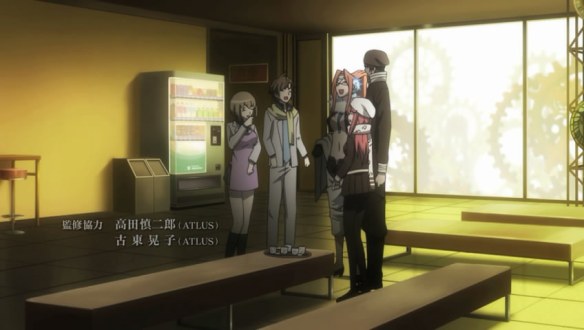 Though it could have used a few more legit jokes

What I really appreciated this episode was the look we got into Hibiki’s past with Daichi. Though I’ve criticized the show before for having characters with backstory but no personality, his relationship with Daichi is an important answer to the question of “Why is Daichi still around?” that would have been welcome much sooner. As it was, it was a nice little bit of extra characterization before the ending and some justification for Daichi being slightly relevant for the first time. 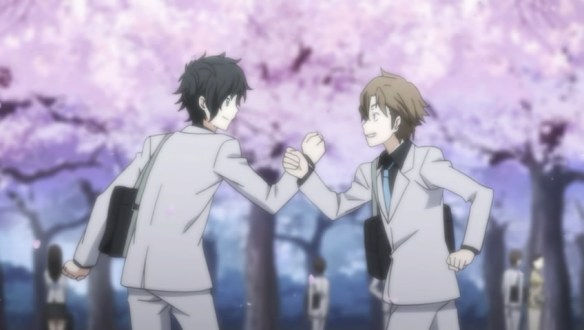 And a chance to show off a brofist, of course.

Alcor curbstomping a battle of wills with his minion was definitely impactful. At least, it’s one way of showing off his strength of will and the extent to which he’s pro-human at this point. Or specifically pro-Hibiki. How that plays out over the final two episodes should provide for a respectable finale.