This post represents the second of three entries our blog is submitting to the Manga Olympics for Bloggers. Voting begins on June 16th, so just enjoy the article for now. Or check out our illustrious competition.

Maybe it’s because I have fewer female anime/manga fan friends than male ones, but there’s no demographic of manga I see misconstrued more often than shojo. The idea that it’s synonymous with sparkly, tween-appeal school-life romance seems to show up at least once a week in conversations I have. Fortunately, there’s one very easy way to dispel this misconception; look at some of the shojo manga that actually exist.

So, if I asked most people to describe what the word “shojo” meant to them, I’d probably get one of two answers: 1) A sparkly artstyle which makes the guys look super-bishonen, or 2) Stories like this:

Like a lot of other common perceptions about manga, this one is somewhat misinformed. Before we shoehorn shojo manga into one tiny genre slot, let’s take a look at some names. Akimi Yoshida’s Yasha, a mystery series featuring a young genius scientist working to save the world from a conspiracy led by his evil twin brother. Taeko Watanabe’s Kaze Hikaru, a political and occaisionally violent coming-of-age story dealing with the history of the Shinsengumi. Yumi Tamura’s 7 Seeds, a post-apocalyptic science fiction/survival drama. These aren’t just random series I picked out of a hat, but the cream of the crop; all three are in fact winners of a major publishing house manga award, taking the Shogakukan Manga Award for shojo manga in 2001, 2002, and 2006, respectively. That’s a good 3 of the 13 manga judged to be at the peak of manga targeted towards girls in that decade that have about as little to do with the “traditional” image of shojo manga I outlined earlier. The idea that all shojo manga is a supergenre encompassing only school-life romance is based on an ignorance of basic facts like this one. A quick side-by-side comparison of their covers also puts to bed the notion of a “standard shojo artstyle”:

Ok, so the flip side of that point is that over 70 percent of peak shojo manga *is* about romance in some form. That’s not exactly a bad thing either. Because the shojo demographic runs such a large volume of romance series, two things happen. First, there are going to be more below-average romance series to come out of it. Second, and more interesting, the higher volume of romance manga results in shojo churning out more truly unique and powerful romances. Even for someone with my limited knowledge of shojo manga, there are several that come to mind.

The 2004 Shogakukan Manga Award for shojo manga went to artist Hinako Ashihara for her cinematically-framed masterpiece, Sand Chronicles. Sand Chronicles immediately sets itself apart from those series opening the storybook onto a heroine’s high school life, instead starting off with a 25-year-old who finds an old hourglass while packing for a move overseas. This serves to frame the beginning of the story, which is told as a recollection of this woman’s past from age 12 onward (each chapter title is a period in her life). This unique intro serves to really grab the reader and provides additional pizazz to a plot that was already somewhat unique. As the series goes on, we see her and the people around her evolve in some pretty major ways, shaped by circumstances and the people around them. It’s a fascinating life-story manga whose romance component is a lot more complicated than it first lets on. 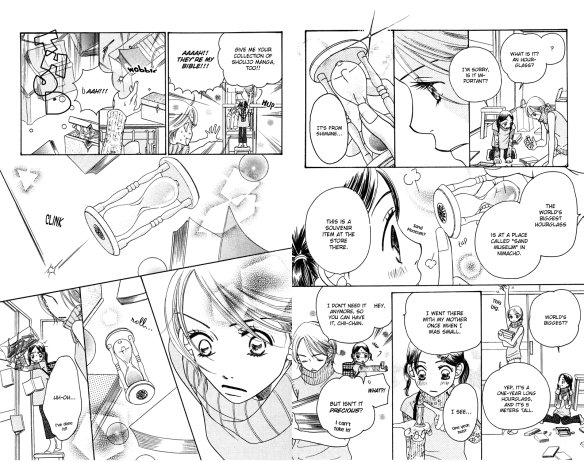 Great as Sand Chronicles was, it didn’t even sweep the competition that year. That’s not due to any lacking traits on its part, but rather because it was up against a hell of a competitor, Yuki Obata’s We Were There. We Were There opens in that supposedly stereotypical shojo style, with an everygirl (Takahashi) happening to fall in love with the most popular guy in school (Yano), who also has a tragic past. Beyond the fact that its characters are a bit more nuanced than most, We Were There reflects a common strength of many, many shojo manga – the early confession. The point where the two confess and start going out occurs in the 7th chapter of a 70-chapter manga. Thus, very little of the manga is built around that awkward 17-year-old courtship fan dance, and it instead focuses on some fairly deep character exploration. The latter 63 chapters of the manga focus on their growth as a couple, as Takahashi deals with Yano’s increasingly obvious jealousy complex while Yano deals with Takahashi’s lack of relationship experience and inquiring nature. Too, their being a couple allows them to experience a wider variety of situations, from simply spending time together, to heartwarmingly exchanging christmas gifts, to (most hilariously) Takahashi deftly deflecting Yano’s persistent attempts to have sex. 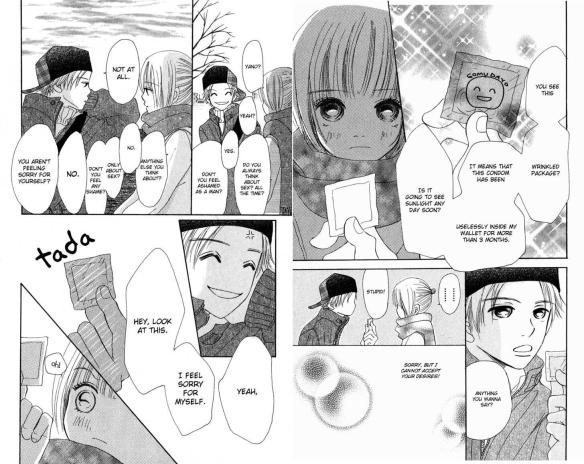 Speaking of early-confession manga featuring a male lead with jealousy issues, it’s hard to forget Masami Tsuda’s Kare Kano. And not just because the anime adaptation initiated a blood feud between the mangaka and the adaptation’s director, Hideaki Anno of Evangelion fame. Kare Kano is a school-life romance manga that explores the idea of facades, or the personalities people show off in public, and how they differ from a person’s real self. Specifically, the manga focuses on two faux-model students, Yukino and Arima, who find out the other is faking their personality and agree to come clean together. This results in a very interesting set of problems, as their facades were getting elite grades and Arima’s real personality has a lot of issues with jealousy and abandonment. It’s fascinating subject matter, and the manga is a tier-1 recommendation.

The manga’s focus on facades also leads to one particularly poignant climax; what better way to accentuate a manga about playing a role than an in-universe play? One of the longest arcs in the manga builds up to a performance of a play by the main cast. This play does an excellent job of exploring themes that manga has established up to that point, casting characters as imaginative versions of themselves. Too, this arc stands out to me as one of the manga moments that clearly replicates a non-film medium with perfection. 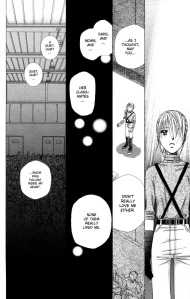 My point in all of this? Yes, the shojo demographic of manga contains a lot of romance. And yes, that’s the visible face of the label. But don’t confuse the label “shojo” to be synonymous with “school-life romance”, and don’t turn away from a romance just because it’s got the shojo label smacked on. You’ll only be missing out on a lot of great entertainment if you do.

7 thoughts on “Manga Olympics for Bloggers (Shojo/Josei Round 1): The Best at [More Than] Romance”