It doesn’t help that Space Brothers has been in sort of a lull phase recently, but the bad aftertaste from Mr. Hibbit shorts still overshadow the rest of the content in a big way. I’m pretty sure I know why they’ve come into existence, and I’m very sure it’s got little-to-nothing to do with anything other than time constraints. While it’s entirely possible to manage time elegantly (as the first 60 or so episodes of this very show did), that just isn’t what recent episodes have been doing, and the actual meaningful content is suffering for it. 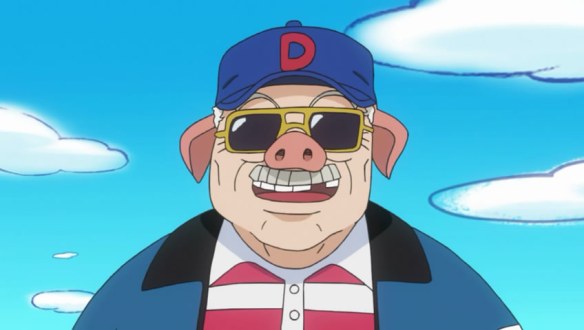 I have issues with the Mr Hibbit shorts that go beyond their contents. They’re symptomatic of a larger problem; Space Brothers is rapidly approaching current status with a running manga and needs to stay slow. Hence the slow-pacing (used rather meaningfully and thus excusable), the cluster of 3 recap episodes a while back (much less excusable), the Mr. Hibbit shorts (bumping the show down from realistic Anime of the Decade discussion), the two minutes of replay at the beginning of every episode, and specifically this: 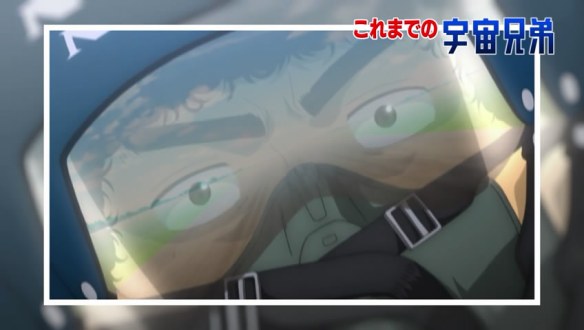 Does the show really need 30 seconds of pre-recap before starting the actual recap phase of an episode? Not really. Even if you’re assuming the show is targeting new viewers constantly in its prime-time slot, it still can do the recaps without the annoying narration. Look, I’m all for the constraints TV timeslots put on most anime; filling a fixed amount of time each week forces staff to carefully consider what to put in and keeps a team focused. But I think in this specific case it’s causing problems that significantly impact the show’s level of quality.

There’s a solution to the time problem that’s much better for the show; cut it down to a 12-minute slot. We’re only getting about 16 minutes of relevant new content per week right now anyways, and that way the makers could simultaneously slow down to match the manga over the long term while upping the quality each week. Granted, that won’t happen, as Space Brothers is locked in to those 24-minute slots and getting solid ratings in them.

The 16 minutes of Space Brothers that were relevant this week were a somewhat heavy spotlight on Hibito, revealing the extent of the effects his near-suffocation on the moon have been having on his performance and psyche. It’s a promising plotline, one that recalls some of the peak moments of the show. Mutta’s focus on engineering likewise has a lot of potential. Hopefully, one of the two will start firing on all cylinders and I’ll have something much more important than amateurish time-wasting next week.