After 2 phoned-in performances in 3 weeks I’m a lot less high on the show than I was at the end of episode 5. Were 6 and 8 ultimately hiccups in the larger scheme of production, or do the writer/source material have some skill flaws that weren’t as evident early on? If they do, will Oonuma Shin be able to keep covering for them? The next couple of weeks should be telling.

To its credit, this episode opened strong, with Tomoko showing a fairly innocent combination of looking forward to her plans with Yuu and doing prep on the sly to make sure things went well, all before Yuu’s call took her expectations out like a sniper. You could see that twist coming, but it was enjoyable in the way the first half of the show was; more of a rodeo clown tumbling than a puppy taking a horrific 10-story fall. 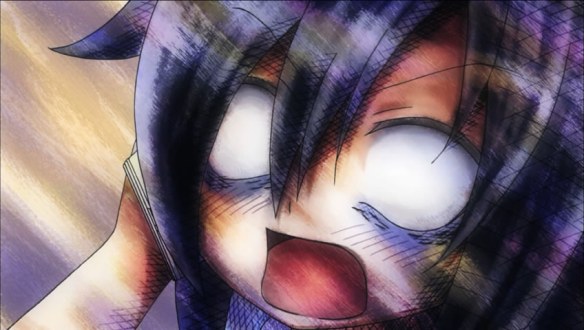 When the show was showing off Tomoko’s cake-related delusions in glorious 240p, I was fully steeled for them to take the full episode with her humiliating herself by doing a predictably terrible job as a waitress. Instead, the punchline was something much less drawn out and more appreciable: working at a depressingly realistic cake factory. Chalk up another solid punchline on the board. 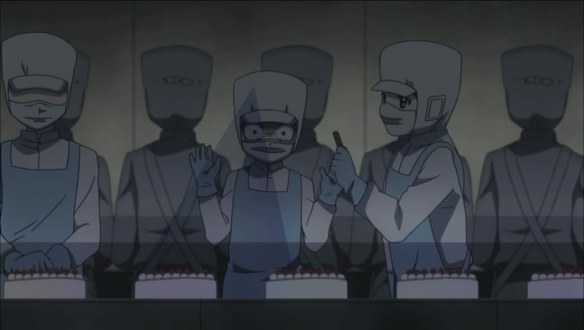 If I needed new proof of the show’s visual acuity, the end of summer shot with Tomoko slumped on the couch did delivery. It was one of those scenes where every camera angle was well chosen, the body language was all “I surrender” and the background subtext (such as the non-winning popsicle stick) was emblematic of the aftermath of a summer gone nowhere. And none of that was more fun to watch than the Space Invaders sound effects. 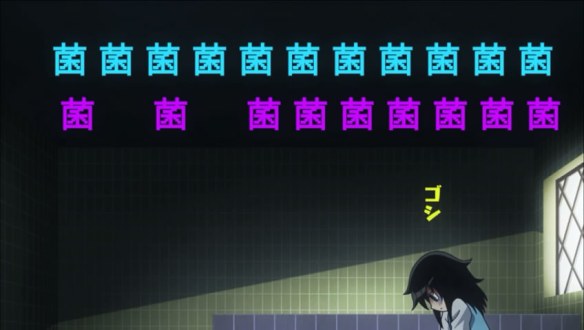 Aside from a painfully forced Fist of the North Star reference, this episode was a better-written one in the fashion of the series’ first half. Good to know it’s got gas left in the tank.