Along with an understanding of the broader context of the subject, the most vital ingredient to good anime coverage is a reliable source. So when US journalists actually interview people on the production side in Japan, it’s generally worth noting unless the interview consists entirely of fluff. This is the second of what will (hopefully) be several posts over the next couple of weeks archiving articles from Newtype USA’s [inside] series of articles written by Amos Wong. It contains comments from President Hiroshi Takahashi and Director Daisuke Nishio on researching how to best portray action sequences, overseas sources of income, and the pluses and minuses of the transition from analog to digital animation.

Note: Pictures are scans of the article made on my crappy scanner, which cover the article text but not the entire page. Apologies for that. Scans after the jump, along with comments on the contents of the article. 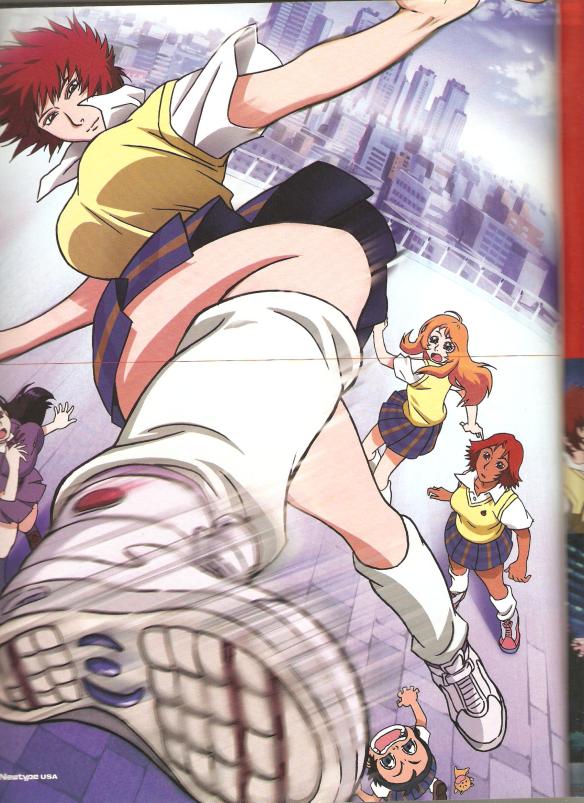 -Toei’s animation procedures may differ from those of other studios, but it’s neat to have a ballpark figure (1 million per episode out of a 12-14 million yen total cost) as to just how much the digital transition saved.

-Given that the collapse of 2008 hadn’t happened yet, the “35% of Toei Animation’s sales are from income generated overseas” figure seems believable. No bets as to which series was chiefly responsible for that income. Dragon Ball Z is still selling more than pretty much any other given release on the market today, if amazon is to be believed.

-The licensing plans for some of the titles Nishio talks about did eventually come through, though I’m not sure how well Doremi and Gash Bell did over in North America.

-I’m impressed that Nishio was able to pay his enrollment fees for 7 years after effectively quitting his university job to go work at Toei; college costs a lot of money and animators are very poor. I wonder if animators were better-paid back then, or if his rapid record of advancement (he was directing episodes of Doctor Slump within a few years of starting off) makes him an exception.

-Interestingly, Takahashi refers the US as “the last major market to emerge and mature”. I wonder which other markets factored into that comment? Probably France and China, at least.