Along with an understanding of the broader context of the subject, the most vital ingredient to good anime coverage is a reliable source. So when US journalists actually interview people on the production side in Japan, it’s generally worth noting unless the interview consists entirely of fluff. This is the latest of what will hopefully be a couple more posts archiving articles from Newtype USA’s [inside] series of articles written by Amos Wong. In this feature on AIC, president Toru Miura discusses starting up during OVA boomtime and how the studio landed the original Ah My Goddess job in a 3 studio race, while Hiroaki Goda discusses his taste in music and getting a chance to do Ah My Goddess again with more development.

Note: Pictures are scans of the article made on my crappy scanner, which cover the article text but not the entire page. They’re also in greyscale, because I’m interested in archiving interview text and color scans make the process more of a headache than it needs to be. Apologies for that. Scans after the jump, along with comments on the contents of the article. 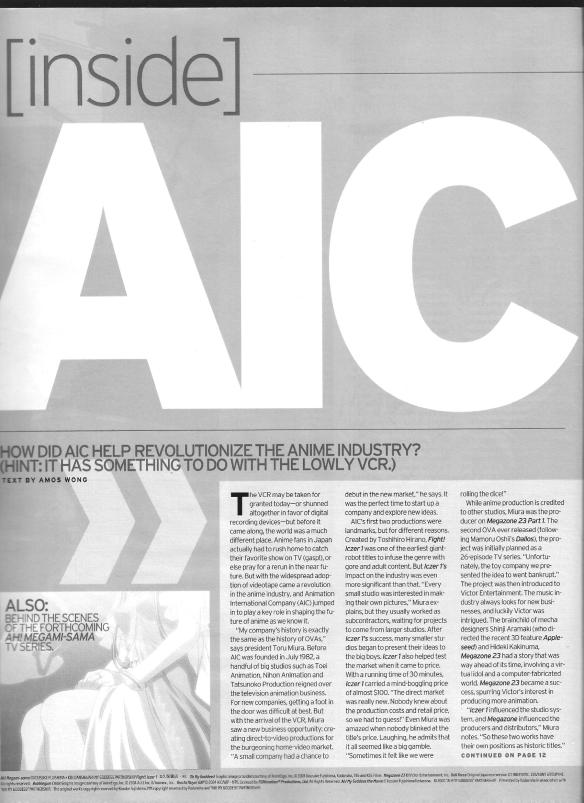 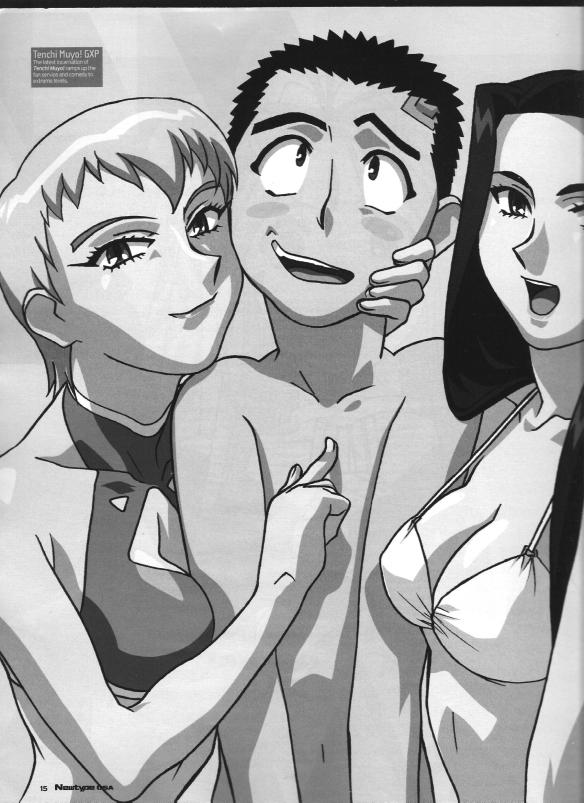 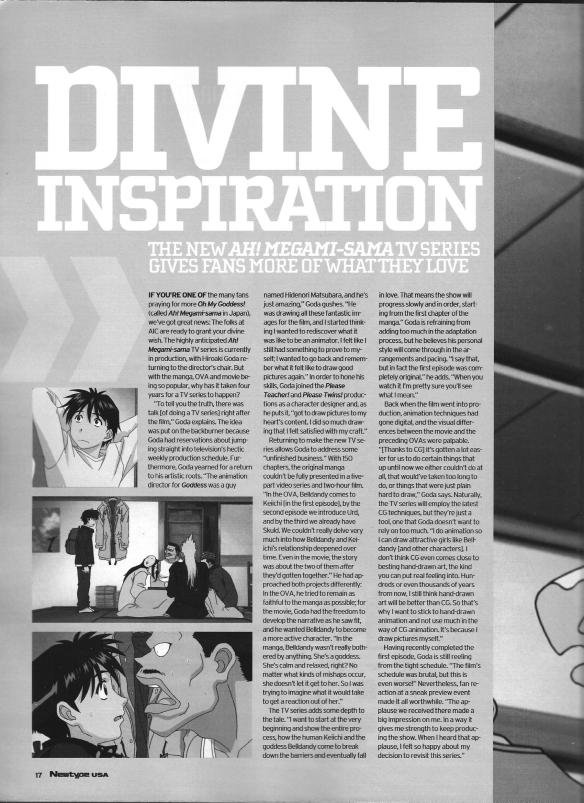 -20-30% of AIC’s budget coming specifically from the US seems like a relatively large percentage, though this was peak boom and they did have a couple titles (Tenchi, AMG, Bubblegum Crisis) which were fairly big in the states. Too, any discussion of AIC should mention the fact that their animator payscale was significantly below industry average in the fairly recent past.

-Miura’s prediction of a merger-heavy environment doesn’t seem to have come to pass, for the most part. Blu-Ray probably lent the market a bit more stability (sans gonzo, though they’re now 3 studios between the original, David Pro, and Sanzigen). NTV did buy out Madhouse, so there’s that.

-Hiroaki Goda’s career path, especially the part about taking a break of sorts from the AMG franchise after being inspired by a talented animator working on the movie, then doing the character designs for the Please! franchise, is juicy. It speaks to a guy who loves the franchise and wants to do it justice.