Pretty much what the headline says. Following a first-week total of 86,735 total sales, the movie added an additional 29,558 units to its US sales total (now 118,280) in the week of October 13-19. These second week sales consisted of 21519 BDs (including BD/DVD combo packs) and 8039 DVDs. It’s already interesting enough to mention how non-frontloaded these sales were, though DBZ is possibly an exception to the norm for anime releases; it remained in the Amazon top 200 for 5 days of its second week out, while most other anime releases are lucky to keep out of 5-digit rank territory.

The strength despite the lack of preorders also points to a possible heavy non-amazon bias for DBZ – its amazon versions were, at best, 86th and 677th in rank during the relevant week, yet it was 14th in actual total video sales overall. It’s very possible a large fraction of those copies were moved via b+m retailers.

Screencaps of the relevant charts (which can also be found here while they’re available) are included after the jump. 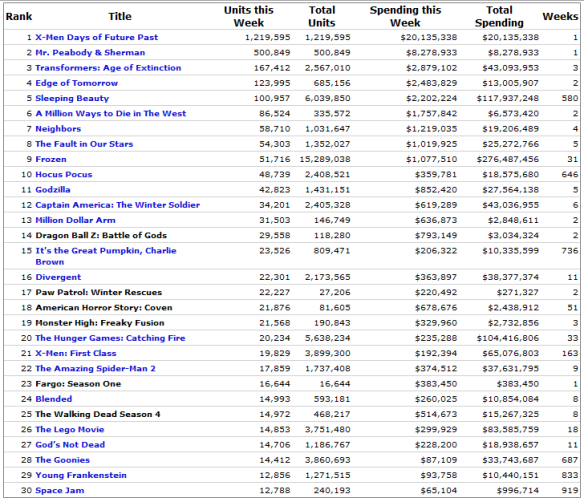 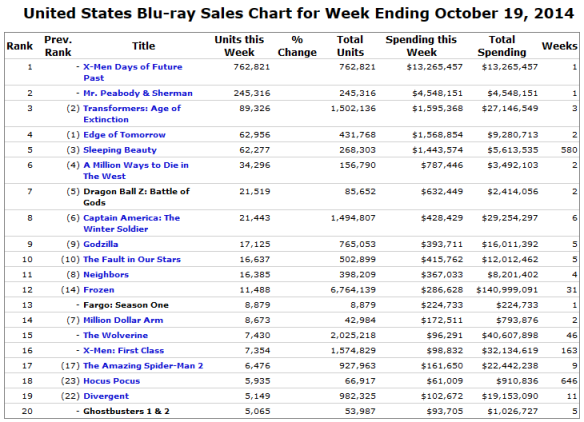 [Note: DVD sales were below thresholds, but can be inferred from the difference in BD and total sales.]