While light novels work a bit differently from manga in several key ways (stronger second-week showings, lower thresholds, etc.), they similarly often see big boosts after and presumably due to from anime adaptations. I collected the light novel sales history of the series to get anime adaptations in 2013 on this doc, and plotted them on the charts below, to illustrate which series did and didn’t get visible boosts. 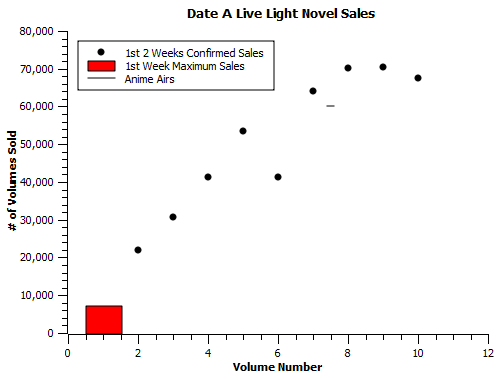 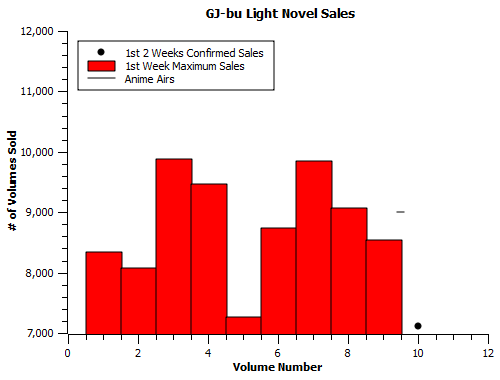 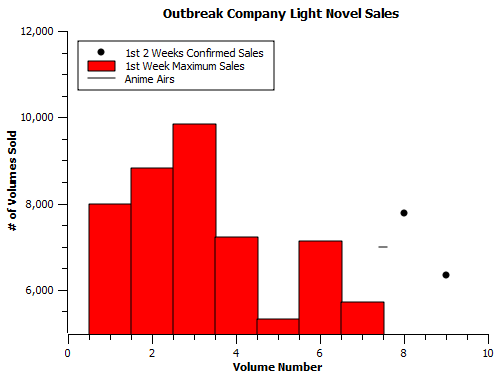 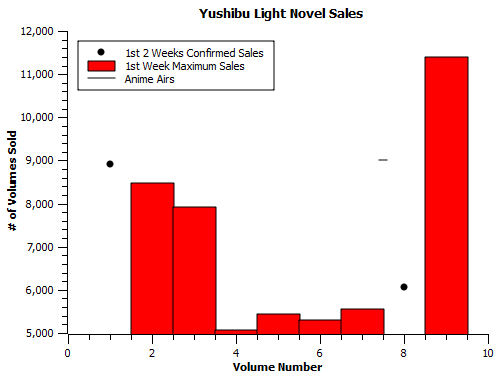 The following series were excluded due to lack of any chart appearances, despite having volumes released both before and after their anime adaptations aired:

-Some series have odd below-threshold releases among generally high totals. I’d presume that’s noise due to unfavorable splits, rather than a real decrease in sales of that volume. Those become less of an issue when you have several volumes worth of data.

-Date A Live stands out as a series where very good disk sales seemingly didn’t translate to any big rise in LN sales. This is a bit of a trick of airdates; volume 7, the first to top 60k, was released slightly after the mid-March preairing of the series, but before the TV broadcast, so it very possibly played a role in the higher sales from 7 onward.

-Golden Time was on the decline, and while it wasn’t a poor-performing light novel by any stretch, the anime’s failure to produce any tangible benefit does lend some credence to the idea that it’s harder to get disk sales or boosts out of series slightly past their prime.

14 thoughts on “Fun With Numbers: Anime as Light Novel Advertisments in 2013”