Kazuki Akane gives comments on Heat Guy J, to the effect that he was ready for a change of pace after a bunch of works with female protagonists and wanted to make something exploring manhood.

END_OF_DOCUMENT_TOKEN_TO_BE_REPLACED

Along with an understanding of the broader context of the subject, the most vital ingredient to good anime coverage is a reliable source. So when US journalists actually interview people on the production side in Japan, it’s generally worth noting unless the interview consists entirely of fluff. This is the first of what will (hopefully) be several posts over the next couple of weeks archiving articles from Newtype USA’s [inside] series of articles written by Amos Wong. It contains statements from President Michiaki Sato and Director Kazuki Akane on how the studio went from subcontractor to full-time anime studio and how they handled the increased demand for female casts in the millennial anime boom.

Note: Pictures are scans of the article made on my crappy scanner, which cover the article text but not the entire page. Apologies for that. I have also transcribed the article after the jump to make for easier reading (though I probably won’t be doing so for other articles due to the time involved). Also note that each part of the article is a two-page spread, so page 19 comes before 18, 21 before 20, 23 before 22, and 25 before 24. 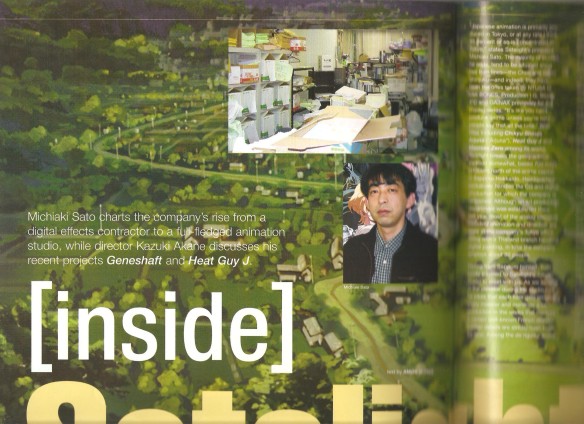 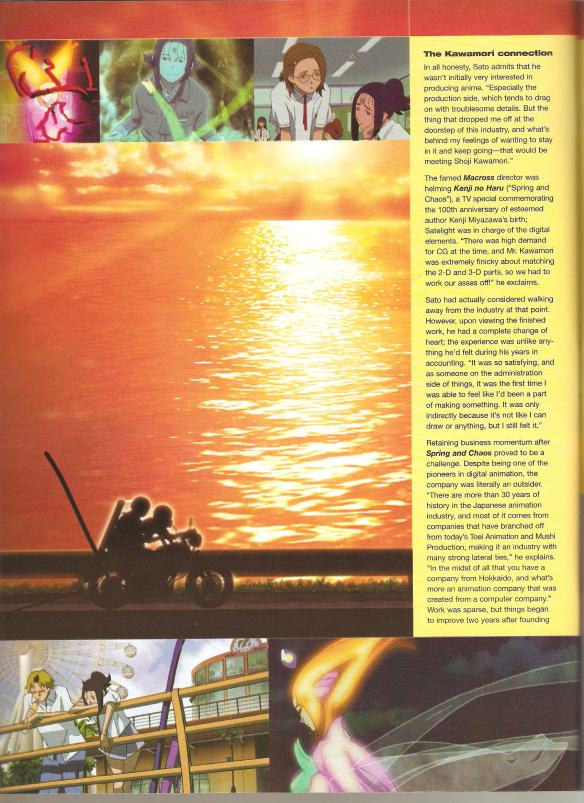 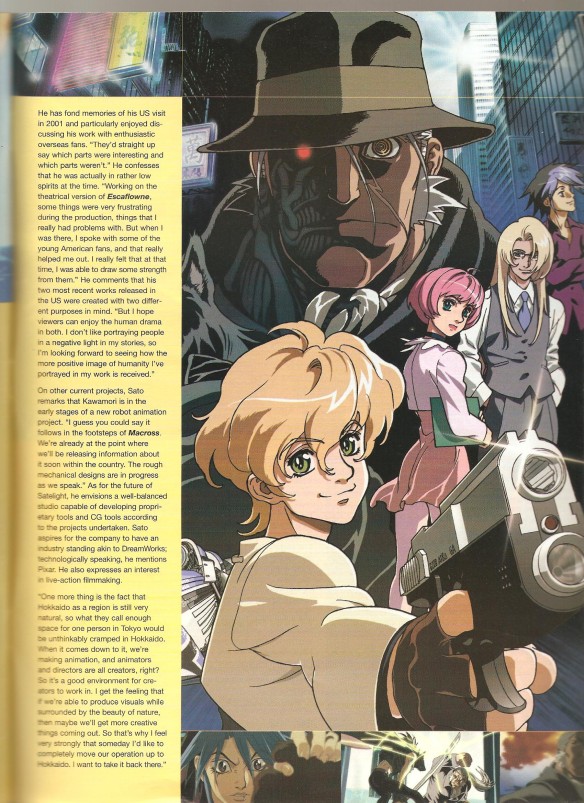 END_OF_DOCUMENT_TOKEN_TO_BE_REPLACED

When I set out to watch anime from the glorious annals of history, there are three general lines of attack I follow. First, I look for agreed-upon classics, shows everyone agrees are great and influential. Second, I look at catalogs, shows made by directors, writers, or studios that have a bunch of other impressive tics on their resume. Third, I listen to recommendations when people make them. Solty Rei, a 2005 sci-fi show about bounty hunter/parent Roy Revant and his two daughters, found its way to me via the second and third channels. The show ended up being a wholly worthwhile experience, an easy marathon that rightfully belongs in the early Gonzo catalog with its host of impressive titles.