We’re a little past the halfway mark in Summer 2013, and with one more week of new material still to air, things are looking fairly positive. Sunday carries a (literally) shorter slate, but not one lacking punch.

True to from, Teekyu 2 opened up with the incredibly fast talk that was so fun in season 1. It tried a little harder to be weird and random with the ex-navy seal kindergarten teacher, but the advantage of this show is that bad jokes don’t have to kill the show because any one joke barely has time to register. While it didn’t have quite the fast pace of the first season, I’m following this new run all through summer. It’s awfully hard to drop a 2-minute show this fun. 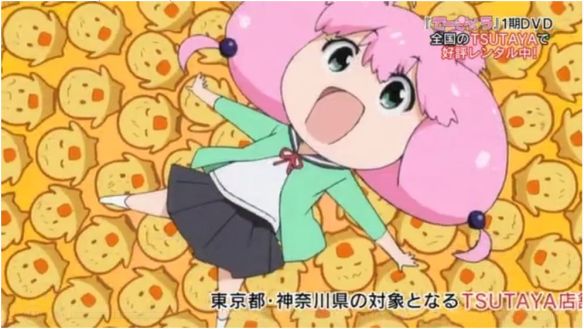 The primary source of my Blood Lad IQ going in was the fact that it was supposed to come out about a year ago but was hit by massive production delays, news that left me with very mixed expectations. It started out fairly slow, with a dull visual style and a protagonist whose only real traits were being an otaku and a strong vampire. But it quickly outgrew that as Staz started getting emotional and bringing power to the scenes he was in. It’s hardly the first time I’ve seen a character in a battle series jump off a building, but his had a touch of overzealous awkwardness to it that reminded me a bit of Inspector Zenigata. Characters who are simply silent badasses are vastly overused, so that touch of zany really helped his character click. The way they showed off the plant behind him in a series of freeze frames was likewise impressive, even leaning a bit towards Saturday morning cartoon territory. The generally lackadaisical approach to moving the plot forward was carried off well, and I’m going to give this one 2 more episodes at this point.

For a vegetable, this sprout sure didn’t stay planted