I love To Heart: The Anime, straight up. I love it because of the anime, period; I’ve played only part of the game, avoided the blatant cash grab that was Remember My Memories, and straight-up ignored anything related to the name with a 2 next to it, because why would one take characters that good and replace them? I maintain that it is a rational love for a great product – it averaged 10k in an era where far fewer series did per year per total number shows produced, and is one of relatively few TV anime to boast a page on sakuga@wiki – but ultimately enjoying a series past a certain extent is an emotional thing. I’m not going to try to convince anyone else that they have to love it, but I am going to talk about it for a bit more before going to the season-summary capsules that motivated my latest rewatch/quote-mine experiment.

Anyway, there are so many scenes in this series are gravity-defyingly good. I could spend a whole column just listing them off, but that’s not this column’s angle, so I’m gonna keep it to two. First, there’s a linked pair of scenes from the first and last episode where characters resolve a bit of internal anxiety in a way that shows clearly on their faces in a surprisingly small number of frames:

And a scene where two amateur martial artists are fighting a bout that’s half even and half one-sided, but not decisively so:

The above were the two scenes I felt survived the pull out of context the best. As minimalistic as it was, To Heart was also a very visual show, and so finding quotes that worked for every show I’m watching this summer was a bit harder than grabbing those clips, but the show’s dialogue isn’t exactly shabby, just frequently dependent on context. That said, I was able to get enough to go by, so if you’re at all interested in a combination of quotes from a [phenomenal] 1999 show I love way too much and my opinions on a bunch of shows that are airing right now in September 2014, read on.

END_OF_DOCUMENT_TOKEN_TO_BE_REPLACED

Glass-working, rural Japan, clairvoyance, teen drama, and more all come together in P.A. Works newest anime Glasslip, and it got the Machine’s number 1 spot!

The Hype Machine may not be a time machine, but that doesn’t mean it can’t enjoy some good alternate history with Nobunaga Concerto!

Just because you can write a romance doesn’t mean you can live one, and the Machine is there to see that constant play out with Gekkan Shoujo Nozaki-kun!

Love is in the air with Ao Haru Ride, the Machine’s next subject!

Drew’s Note: I may have accidentally referred to Ai Yoshimura as a he, and I apologize for that misstep. She is a fine director.

The second collaboration (per se) between Gen Urobochi and Ei Aoki is about to air. This and mecha in general are discussed by the Machine today!

Traditional Japanese dance is our next subject of talk with Hanayamata! The Machine dissects it now!

Shounen Hollywood seems generic on paper, but with an interesting visual design and some twists in its production, can it be something even better? USHM believes so and will tell you about it right now!

(Note: This poster is the one we refer to in the podcast. Cool, ain’t it?)

Next up on the Machine’s ride is Jinsei! Find out why we are getting all the (studio) feels about this one in our podcast! 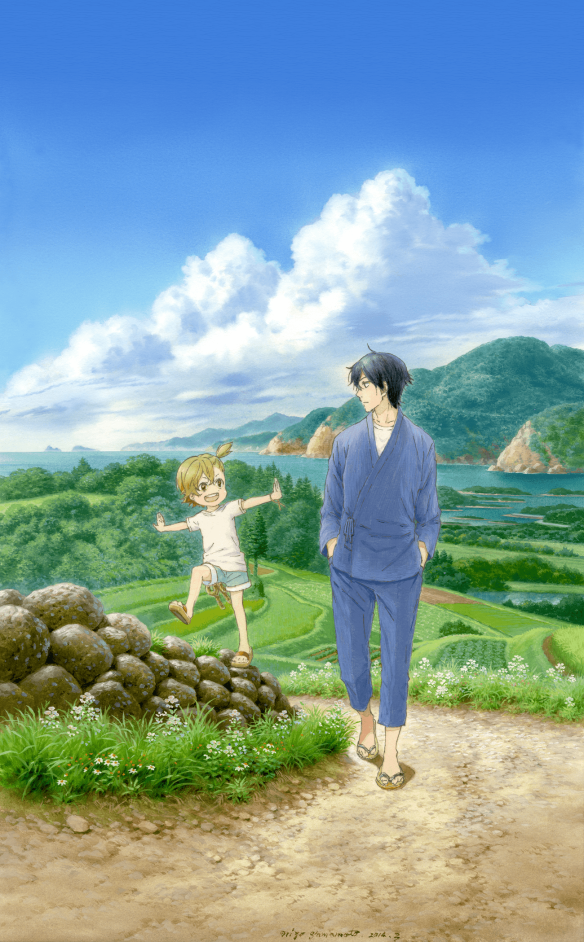 Next up is the rural slice-of-life calligraphy series, Barakamon!