This past week was a pretty unambiguously good one for Square Enix’s publishing division, featuring sales of over 95,000 for previously-unranked Isshukan Friends, a boost for the old volumes of Gekkan Shojo Nozaki-kun, and the final volume of Cocoa Fujiwara’s Inu x Boku SS topping the list with over 250,000 copies sold. That last part might not even be the most impressive thing Fujiwara did this week, either. While the 250,000 in IxB sales is, in large part, in keeping with previous volumes of the series, Fujiwara also saw her brand new manga, Katsute Mahou Shoujo to Aku wa Tekitai shite Ita, notch first week sales of over 80,000. While not unprecedented by any means, that level of early sales puts her on a pretty exclusive list.

END_OF_DOCUMENT_TOKEN_TO_BE_REPLACED

One of the biggest differences between manga and western comics is the format in which it runs. While both are eventually released as collected volumes, most western comics will be first distributed in single-chapter releases, whereas manga will be first distributed in various magazines together a number of different series. The magazine model works out nicely for publishers – people pick up a magazine to read a series they’re massively into, and all of a sudden tens to hundreds of thousands of people have a chance to get a look at whatever new artist you’ve just debuted. Occasionally, that young artist ends up becoming a smash hit themselves, and you’ve got more people reading your magazine and more chances to develop more hits (while at the same time hopefully being nice to the rest of your authors).

In order for this model to work, though, you need to have people buy your magazine, and in order to buy your magazine, you need a hit series. This was a problem for manga industry mainstay and Weekly Shonen Sunday publisher Shogakukan. In 2010, they were shut out of Oricon’s top 10 manga series, and had only one series (Detective Conan, 3 times) even make the top 50 volumes that same year.

Flash forward to 2013, and they had 2 of the top 6, Magi and Silver Spoon. It’s a really impressive turnaround, even given that simple top-whatever lists fail to capture the beautiful breadth of the manga industry. How it happened is worth taking a look at, not in the least because parts of how it happened are fairly intriguing in and of themselves.

END_OF_DOCUMENT_TOKEN_TO_BE_REPLACED

So yesterday morning, I was reading through the newer articles on ANN, when I spotted one that piqued my interest: a comics ranking with Inu x Boku SS’s ninth volume at the top. I didn’t spit out my coffee*, but that was a fairly surprising result. And this wasn’t getting to the top in a total off-week, either. It sold about 220,000 volumes, more than the next two new volumes on the list (Deadman Wonderland 12 and Blast of Tempest 9) combined. That put it near the top, if not *at* the top, of the manga Square Enix is currently publishing. So I started to wonder; considering this company was publishing Fullmetal Alchemist just a few years ago, isn’t this kind of a notable downgrade? The answer, unearthed after some digging, was several kinds of interesting. 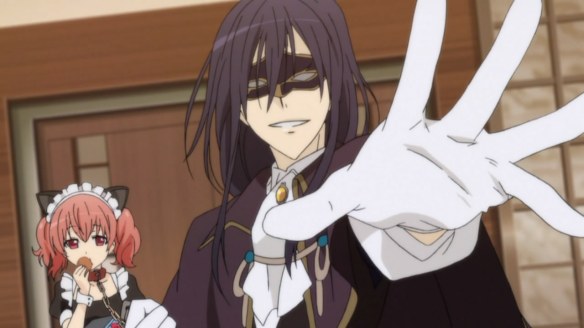 Though nowhere near this interesting