One bit of seemingly ubiquitous conventional wisdom is that makers of anime often face a choice between making works that sell and works with integrity. However, one thing I’ve learned over the years is that it’s usually worth taking the time to test conventional wisdom against actual numbers, because it can be wrong fairly often. So I took a look at the performance of Ecchi anime relative to the rest of the market over the past 8 years. Sure enough, the picture is a bit more complicated than “otaku only buy boobs”.

END_OF_DOCUMENT_TOKEN_TO_BE_REPLACED

It’s one of the oldest conundrums in the anime fandom that the shows that get the most attention are often not the best-made shows, the ones that blow people’s minds when they see them. In a vaccum, that’s pretty confusing; shouldn’t we be giving the most attention to the shows we’ll enjoy the most? Why do some shows get high ratings and languish in the proverbial basement popularity-wise while others get abyssmal scores but receive tons of attention? I found a quick and dirty way to dig into this problem using my set of seasonal anime data and got a set of results that was equal parts depressingly predictable and pleasantly surprising.

END_OF_DOCUMENT_TOKEN_TO_BE_REPLACED

Remember how I said that part of the reason I like Manabe is that he doesn’t do the whole “I’m not in love with her, even though I obviously am” thing? Yeah, that’s what he did this episode. 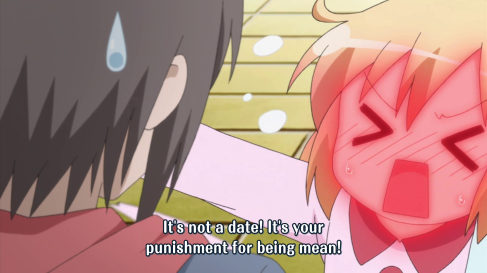 The first half involved Kotoura being sick, which led to an interesting plot point where it appears that she has lost her mind reading powers, at least for the moment. It hasn’t really gone anywhere except a few jokes where Manabe thinks perverted thoughts and is surprised when Kotoura doesn’t react, 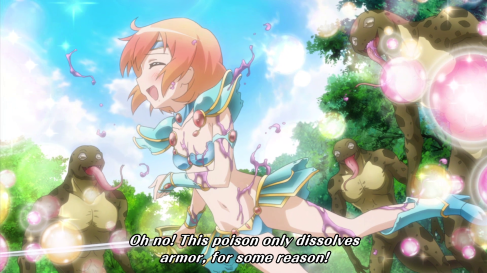 But it was a solid premise and we got some character development. The second half involved Kotoura and Manabe going on a date together and once again we get some okay jokes, but it was pretty solid overall.

Jeez, with all this happiness, we might finally see the characters getting better! Its so nice to see that they won’t have to deal with anymore drama

Yes, the drama is coming back with a vengeance; the next episode preview makes it seem as though we’re going to see an investigation of a murder and the reappearance of Kotoura’s mother. I have to say, I was not expecting this; maybe a confrontation with the mother or something, but not a murder mystery. It will be interesting to see how Kotoura pulls it off. This episode seemed to be filler, but this is the good kind of filler: one where we get some good character moments and funny jokes as well as give a little break from the drama of the show.