The commercial impact of anime goes well beyond its disk sales. Manga may sell to more people, but anime is extremely visible, airing on TV (albeit often late at night) and propagating around the internet at a very rapid pace. This visibility very often can lead to an increased strength of the franchise in general, propping up sales of print material, figures, and any various other related goods. Sometimes, anyway. 2013 was no exception, and saw a number of manga adaptations have anywhere from minimal to explosive effects on the sales of their source material.

I collected the manga sales history, including thresholds for series which charted sporadically, on this doc, and plotted it below. Note that these sales are not total, but the total number reported in a roughly fixed time period. Comparing sales tail length is a whole other issue, and I’m trying as much as possible to compare like figures.

One important difference from similar breakdowns of 2011/2012 series is that here I’ve opted to use the total sales from a series’ first 2 weeks of release (the highest reported total in that time interval), to attempt to minimize the effects of a bad split in creating artificial variations. It’s still an issue either way, but the difference between 9 and 14 days is a lot less than the difference between 2 and 7 days.

Two important series-specific notes prior to the plots. First, Maoyu is plotted here, in the manga section, because the manga charts more consistently than the light novel did and, more importantly, has available data from both before and after the anime aired (the LN ended just prior to 2013). Second, I can’t parse impact for series that don’t have at least one volume which released after the anime began to air. I thus will not be covering Servant x Service here, though there is data available. I will cover it in an addendum post come September when volume 4 has been out for 2 weeks.

END_OF_DOCUMENT_TOKEN_TO_BE_REPLACED

Remember how I said that part of the reason I like Manabe is that he doesn’t do the whole “I’m not in love with her, even though I obviously am” thing? Yeah, that’s what he did this episode.

The first half involved Kotoura being sick, which led to an interesting plot point where it appears that she has lost her mind reading powers, at least for the moment. It hasn’t really gone anywhere except a few jokes where Manabe thinks perverted thoughts and is surprised when Kotoura doesn’t react,

But it was a solid premise and we got some character development. The second half involved Kotoura and Manabe going on a date together and once again we get some okay jokes, but it was pretty solid overall. 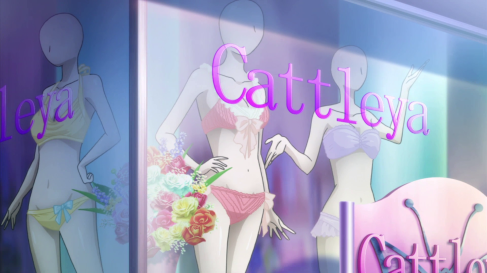 Jeez, with all this happiness, we might finally see the characters getting better! Its so nice to see that they won’t have to deal with anymore drama

Yes, the drama is coming back with a vengeance; the next episode preview makes it seem as though we’re going to see an investigation of a murder and the reappearance of Kotoura’s mother. I have to say, I was not expecting this; maybe a confrontation with the mother or something, but not a murder mystery. It will be interesting to see how Kotoura pulls it off. This episode seemed to be filler, but this is the good kind of filler: one where we get some good character moments and funny jokes as well as give a little break from the drama of the show.

Kotoura-san has become somewhat famous for its first episode; 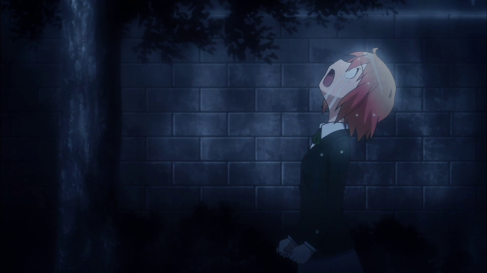 For a show based on a 4-koma and from Masahiko Oota, director of Yuruyuri and Minami-ke, nobody expected a dark and depressing story about an ostracized girl who is, within the first ten minutes, abandoned by her family and tormented at every turn. The show does have comedy in it, but, well….

Because of the way it mixes drama and comedy, Kotoura is a strange beast. It will make jokes about all men being perverts, only to have a character bullied mercilessly within the next five minutes. Despite that, though, the series really works. The drama actually makes the comedy better; by showing how tough Kotoura had it as a child, watching her have fun becomes a joy to watch because you are happy that she is enjoying her new conditions.

The thing that really makes this show great, however, is Manabe. He’s just great, constantly taking chances, helping people, and being proactive. When Kotoura is being bullied, he immediately tries to find out who is doing this. When she tries to deflect this by saying that it is not a problem, he yells that it is a problem and figures out who is doing it. He then rushes over to the person and confronts them about it, letting them have it. When the bully asks why he’s doing this, he says “Because I like her! You got a problem with that!?” This scene is exactly why I love him; it’s like he has a direct line to the viewer and does what the viewer knows would solve the situation.

The past few episodes have been kind of fillery, but it looks like the drama is starting to reappear. This is definitely a show that I will watch till the end.