Update (Jul 1, 2014): This post doesn’t measure releases in 2-week totals, which turns out to be a huge deal in many, many cases. I’m currently working on an updated version of both this and the 2011 data. Just be aware of that before citing the data from here regarding any one show.

By all rights, a 30-series sample like the one I had for 2011 was enough to get most of the relevant information regarding how anime boosted manga sales. However, during that analysis, I bumped into an incidental correlation, myanimelist ranking versus gain in manga sales, that was far too juicy to ignore. If that correlation is real, it points to a very tangible link between the Japanese mainstream community (who have enough disposable income for manga but not for anime) and the English-speaking online community (who generally pay a comparable pittance, if anything, for the anime they watch). But I couldn’t be sure from just the 2011 data, since that was the sample that gave rise to the theory. So I did what any good researcher would do, and pulled another year worth of data to see how things would match up. The results can be found on this spreadsheet, and are sorted in order of descending myanimelist rank below.

END_OF_DOCUMENT_TOKEN_TO_BE_REPLACED

Aside from perhaps the hair episode of Yami Shibai, the 5-minute preview for Go Nagai’s Robot Girls Z was the most impressive, repeatable five minutes of animation I watched last month. If you haven’t seen it yet, it’s over here. Short version: it’s a 5-minute comedy which, but for the more modern cutesy character designs, could totally have been written by Go Nagai. Its style of humor, featuring excessive violence and heroes doing more damage than the monsters they fight, is what he’s always been all about.

Being that I was excited about the project (this was only the 0th episode), I flew over to ann to check the profiles of the freaks involved. As it turns out, the director, Hiroshi Ikehata, has only ever handled one TV series before (Ring ni Kakero), which isn’t a very good sample size to judge a director on. But he has held the position of episode director numerous times, on all manner of series (from A-Channel to Yuyushiki).

There are no less than 8 new directors making their debut in this Summer 2013 season with similar information about their early careers available.* One of them is Hiroko Utsumi, the director of Free! Others run the quality gamut, from C3-Bu’s Masayoshi Kawajiri to Neptunia’s Masahiro Mukai. And, lest I forget, Shishiou Igarashi made a smashing debut with The Unlimited this winter. It’s definitely possible for first-timers to post veteran-esque performances, but far from guaranteed.

This observation led me to a question; what, if anything, can we glean from a first-time director’s experience in the bullpen? If it that experience is important, what part of it is? Is it better to have worked as an understudy to a great creator on a memorable show, or to build up tons of experience grinding out lots of support roles? To attempt to answer these questions, I pulled up resumes for the 11 directors who first got their hands on a serial anime project in 2012 and combed them over to see if anything in particular was a good indicator of their respective performances. This article outlines a number of the potential performance I examined, some better than others.

END_OF_DOCUMENT_TOKEN_TO_BE_REPLACED

Following up on the impressive (well, to me) discovery that Inu x Boku SS is Square Enix’s top manga, I had another thought. It went something like this; “Well, that anime was pretty darn good, and I know it sold a fair amount of Blu-Rays. I wonder if that has anything to do with how successful the manga is right now?” And so I took to the Oricon rankings, checking for shows from Winter and Spring 2012 that came from manga source material, and looking to see if they experienced a boost in sales. So I put a lot of numbers into a lot of spreadsheets, got distracted by the Saurday anime slate, and made a lot of graphs. If you’ve ever wondered why manga publishers sponsor anime, this should be an entertaining read. 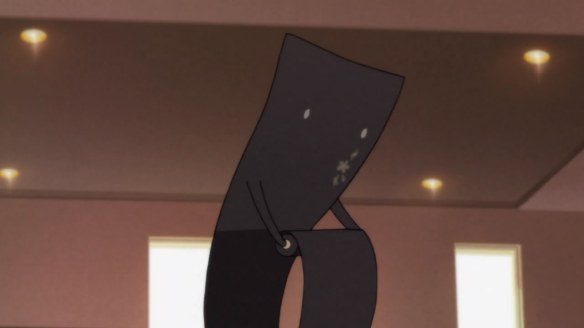